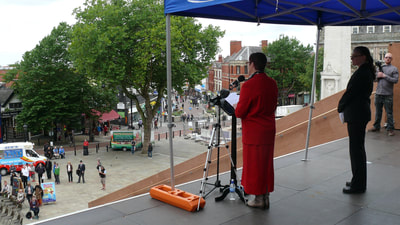 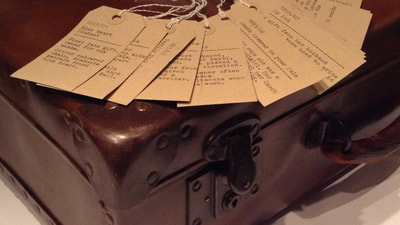 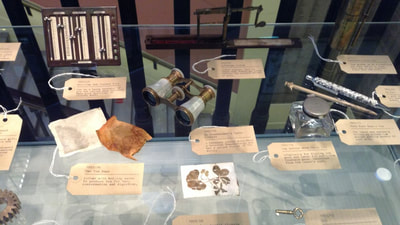 When the Harris Museum & Art Gallery first opened it was reported that one of the most interesting and popular displays was in rooms set aside for a show of microscopic and other apparatus, of which, thirty instruments were loaned by gentleman.  This project redresses the balance with this display of Thirty Instruments Loaned by Ladies.

Normally, a new museum display appears almost silently, away from the public gaze, objects arrive through back doors, carried out of internal stores and down hidden corridors to be presented to us the viewer as we arrive in front of the display case; the presented objects quietly inside. Here, we are turning this process on its head; thirty objects loaned by ladies are carried up the grand flight of steps into the front of the museum, announced as if they were guests arriving at a formal dinner.  Carried individually on a red cushion and handed to a gloved museum attendant who in turn places the object into a display case.

The display was on view during September and October 2013.

The original objects were indeed instruments; microscopes and other related objects.  Here, we question and play with the word ‘instrument’, these are very much personal objects, which have stories to be told by their owners – why they keep them, who previously owned them and the inevitable memories that they bring back.

Event Booklet
The publication which accompanied the book was also featured in the Royal Photographic Society summer 2014 issue.